If you are looking Futures Fins – FEA CONTROL SERIES FIBERGLASS QUAD – BLK/GREY of surfboard fins. Best surfboard fins in favorite stand up paddle board can play a huge role in your performance on that board. Cheap & Fins for Sale. 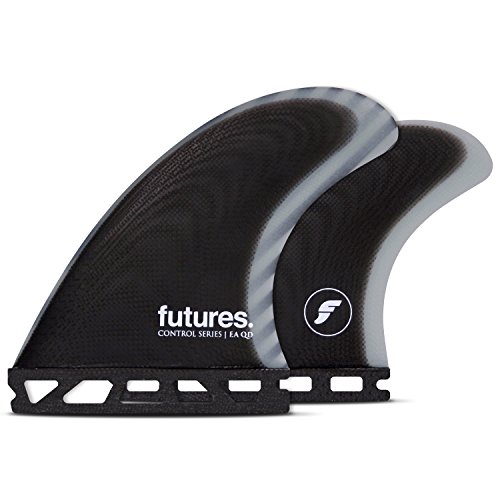 Surfboard fins have the raise is very important in the choice of your fins. I recommence  Futures Fins – FEA CONTROL SERIES FIBERGLASS QUAD – BLK/GREY for sale. The drift (or drift) in surfing, also called fin is located under the surfboard. They provide control of the board, they can also be a factor of stability. Depending on their shapes, sizes or materials, they can influence the behavior of the board.

Futures Fins – FEA CONTROL SERIES FIBERGLASS QUAD – BLK/GREY in surfboard fins category. We have fins for shortboards and longboards. The choice of surfboard fins depends on several factors, including the size, level, and surf waves.